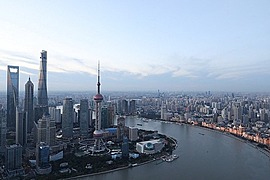 Shanghai is famous for its historical landmarks and modern, ever-expanding skylines. It is the most crowded urban area in China and is considered the second most populous city in the world. It is a global center for transportation, innovation, and finance. You will find in Shanghai the world's busiest container port, the Port of Shanghai. The city is one of the wealthiest cities in China but is also the most expensive city to live in.