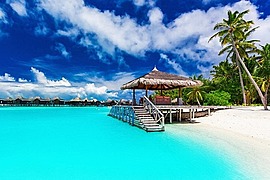 Panama is a transcontinental country bordered by Colombia and Costa Rica. With a population of over 4 million people, Panama is ruled over a constitutional democracy and a presidential representative republic with a multi-party system. The country is best known for the Panama Canal, a man-made waterway that generates fully one-third of Panama’s entire economy. Aside from the revenue from canal tolls, Panama also thrives in the industries of banking, commerce, and tourism as major and growing sectors. With the country’s landscape, it’s home to hundreds of important animal species and many thousands of plant species. Panama also offers high quality care and modern medical centers in major hubs, and growing textiles and food processing products. In 2018, Panama was ranked seventh-most competitive economy in Latin America, and ranked 66th in the world in terms of the Human Development Index.