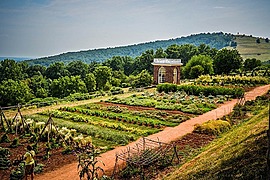 An independent city with a separate government in the Commonwealth of Virginia, Charlottesville is also the state's County seat. It is named after the British Queen consort Charlotte of Mecklenburg-Strelitz, who as the wife of George III was Virginia's last Queen. Charlottesville was the home of two Presidents, Thomas Jefferson and James Monroe.

University of Virginia School of Law