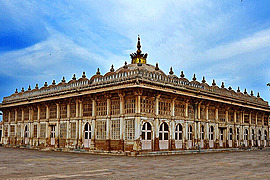 Ahmedabad was establised by muslim ruller Sultan Ahmed Shah, ahmedabad is the sixth largest city in India, and it's India's first UNESCO World Heritage City. One of the largest cities and former capital of Gujarat, Ahmedabad is also known as Amdavad (also spelled Ahmadabad). It is situated on the banks of Sabarmati river, mostly known for its tourist attractions. It is famous for its cotton textiles, street food places, diamond cutting and much more. Ahmedabad is one of the metro cities and largest city of Gujarat which is one of the safest regions for females.