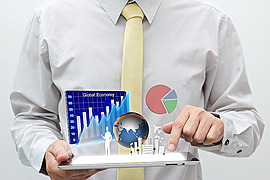 An Investment Holding Company functions as a parent company, an LLC, or a limited partnership that owns investments such as properties and shares for long-term investments and derives investment incomes such as dividend, interest, or rental income. An IHC exists as a separate legal entity to those individuals involved, which means the company is a legal body representing the investment assets it holds, liability of debts, loan applications, and taxation. With its principal activity as investment holding, it also acts as a holding company by owning shares of other companies. Holding companies are protected from losses accrued by subsidiaries—so if a subsidiary goes bankrupt, its creditors can't go after the holding company.