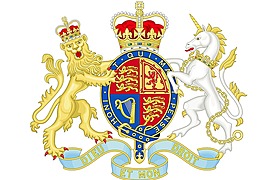 The Government of the United Kingdom, formally referred to as Her Majesty's Government, also known as the UK Government or the British Government is led by the prime minister and his elected cabinet members and ministers. The Prime Minister is the leader of Her Majesty’s Government and is ultimately responsible for all policy and decisions. Ministers are chosen by the Prime Minister from the members of the House of Commons and House of Lords. They are responsible for the actions, successes and failures of their departments. The British monarch, currently Queen Elizabeth II, is the head of state and the sovereign, but not the head of government. The monarch takes little direct part in governing the country, and remains neutral in political affairs. However, the legal authority of the state that is vested in the sovereign, known as the Crown, remains the source of the executive power exercised by the government.