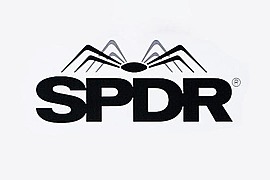 SPDR S&P 500 ETF is one of the largest and most heavily-traded ETFs in the world, with net assets of $173 billion, offering exposure to one of the most well-known equity benchmarks. Better known as the SPY ETF, it allocates almost all of its funds into common stocks which are included in the Standard & Poor's 500 Index, which comprises 500 large- and mid-cap U.S. stocks. While SPY certainly may have appeal to investors seeking to build a long-term portfolio and include large cap U.S. stocks, this fund has become extremely popular with more active traders as a way to toggle between risky and safe assets. The SPDR S&P 500 ETF Trust has a four-star Morningstar rating, and has generated an average annual return of just under 10% since inception.