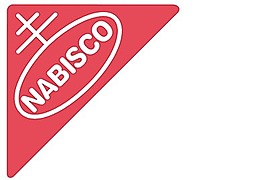 RJR Nabisco was a conglomerate corporation created by the merger of R.J. Reynolds Industries, Inc. and Nabisco Brands, Inc. in 1985. Known as the biggest merger of its time, RJR Nabisco became privately owned in 1989 when it was yet again merged into an investment firm, Kohlberg Kravis Roberts & Co. The conglomerate became an independent corporation with the 1999 fallout of R.J. Reynolds shares.