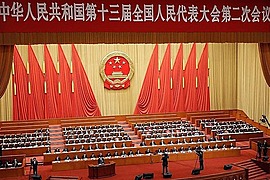 The central government of the The People’s Republic of China is the highest state authority in China under the exclusive political leadership of the Communist Party of China. It consists of legislative, executive, and judicial organs. The legislative organs supervise the executive and the judiciary. The National People’s Congress (NPC) is the ultimate power of the state that makes the constitution and basic laws and supervises and elects the officials of other organs. The executive organ, known as the State Council or the Central People's Government, is headed by the Premier. The judicial organs perform prosecutorial and court functions. China's courts are supervised by the Supreme People's Court (SPC), which is headed by the Chief Justice. 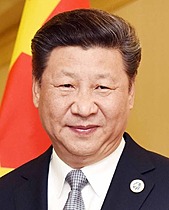