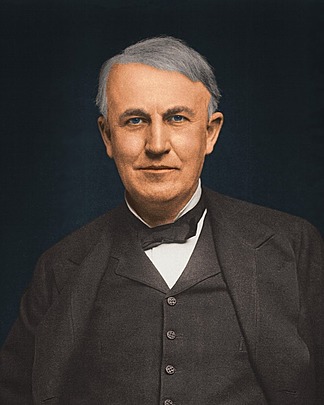 Thomas Alva Edison is a self-educated American investor and businessman known as America’s greatest inventor. Rising from humble beginnings to work as an inventor of major technology, Edison has developed many devices in the fields of electric power generation, mass communication, sound recording, and motion pictures. He was known as the “Wizard of Menlo Park”, with his prolific title holding a world record of 1,093 patents, he was also a successful manufacturer and businessman who was highly skilled at marketing his inventions to the public. He created the world’s first industrial research laboratory, and exerted a tremendous influence on modern life with his major contributions including the incandescent lightbulb, the phonograph, the motion picture camera, and improvements on the telegraph and telephone.

Thomas Edison is the author of