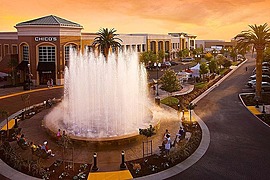 Roseville, formerly known as Roseville Junction, is the largest city in Placer County, California, in the Sacramento metropolitan area with a population of over 140,000 residents. The city was a railroads town for decades, and has grown from its small-town beginnings to a major urban city. Roseville has encouraged the addition of large retail centers that contribute significantly to sales tax, and their electronics industry has made its presence with the addition of both Hewlett-Packard and NEC Electronics in the city and South Placer County. Some of the tourist destinations of Roseville include The Carnegie Museum, which provides a walking tour of historic Roseville, the Roseville Telephone Museum, which explores 100 years of telephone history and showcases an outstanding collection of antique telephones and telephone memorabilia, and other popular attractions such as the Magic Circle Theater, Carnegie Library, and the Maidu Interpretive Center and Historic Site.