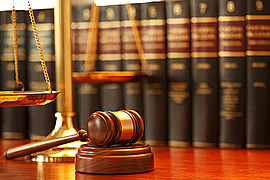 A political administration is a set of formal legal institutions that constitute a government or a state, seen as a set of processes of interaction with other non-political subsystems. A system of politics and government, a political administration is usually compared to the legal system, economic system, cultural system, and other social systems. It ensures the maintenance of order and rationality in the society, making it possible for some other institutions to put their complaints in the course of social existence. Political systems are the formal and informal political processes by which decisions are made concerning the use, production and distribution of resources in any given society.